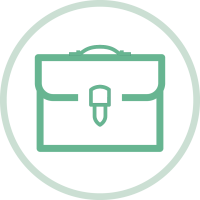 HM Revenue & Customs set up the Construction Industry Scheme (CIS) to enable registered contractors to make tax deductions at source from the payments they make to subcontractors. This deduction goes to HMRC and counts as an advance payment towards the amount of income tax and National Insurance that the subcontractor will need to pay after filing end-of-year accounts. The contractor will usually provide payslips showing gross and net income.

It is not obligatory for subcontractors to register for CIS, but if they don’t then a contractor will have to make tax deductions from their pay at a higher rate. The Government’s CIS guide for contractors and subcontractors has more detail on what is and is not covered by the scheme, and will contain up-to-date rates. Please note that some of the information on this page may have been superseded by new information from HMRC since the time of writing. Please check with HMRC to confirm any unanswered questions about CIS.

The application process for a CIS mortgage will allow subcontractors to prove income using the gross amount shown on the payslips contractors gave them, rather than having to provide full business accounts and/or their SA302 form showing the year-end tax calculation from a Self Assessment tax return. Applicants with less than two years’ worth of accounts available are able to benefit most from this, but you need to bear in mind that not all lenders offer CIS mortgages and those that do will have varying criteria.

Mortgage lenders will generally assess applicants on a case-by-case basis rather than applying an all-encompassing set of rules. You will usually need to provide your CIS payslips for the last three months in order to qualify for a CIS mortgage, but up to six months’ worth or more might be needed in some circumstances. The mortgage lender will use them to work out your average monthly income, and thus your general annual figure on which to base their assessment, and you might also need to produce your bank statements for the corresponding time period for further verification.

How much can I borrow for a CIS mortgage?

Mortgage offers are always made on the basis of your verifiable annual income, and lenders will calculate this by considering your last three to six months’ or more payslips before making an official offer based on their own criteria, but it’s usually an amount that is 5 times your figure for annual income. Every lender will have their own criteria for assessing your annual income and mortgage affordability, and an experienced mortgage broker with an in-depth knowledge of all the lenders on the market and their processes will be able to guide you to the right lender to meet your needs.

How do I qualify for a CIS mortgage?

It’s all about proof of income. Mortgage lenders will generally accept regular payslips as proof of income, provided a subcontractor is registered for CIS. If a subcontractor is not registered – meaning tax will be deducted by the main contractor at a higher rate – they should expect lenders to ask for at least one year’s accounts and/or an SA302 form, and for lenders to use the year-end figure declared on those documents in the mortgage calculation.

In the past, it has been the case when self-employed people apply for a mortgage that lenders will ask to see three years’ worth of accounts, but in more recent times many lenders now accept just the most recent twelve months. Subcontractors generally need to be able to show continuous employment for the last twelve months, with at least six months still remaining on their current contract, or be able to demonstrate at least two years’ continuous employment in the same type of role. This said, most lenders will accept that contractors are likely to have gaps in their employment, due to either taking a holiday or were simply between contracts.

With over a quarter of the UK workforce now on some kind of contracted employment, many of the mainstream lenders who have previously been quite stringent in their rules have now decided to become more flexible in how they offer mortgages and who to, recognising that failure to do so will mean giving up on a significant portion of the market. A specialist mortgage advisor will be able to tell you exactly which lenders are more amenable.

You might have found that many lenders will not offer mortgages to people paid via CIS, but in our experience we know of a number of specialist lenders who are comfortable to help CIS workers who need a mortgage. Interest rates and fees will not differ because of the nature of your employment, but may vary according to other influencing factors. It’s best to talk over your individual circumstances with one of the expert mortgage advisers on our team, who will be able to give you a clear overview of the rates and monthly payments you can expect, ahead of applying for any mortgage.

Many lenders will offer a mortgage to CIS workers, but you may find a number who will not, due to a perceived risk of unstable income. It could be tempting to try applying to a number of lenders for a mortgage until you find one that can help you out, but please be aware that multiple applications may mean multiple credit checks on your records, which could adversely affect your credit rating.

Due to our extensive knowledge of the mortgages market, and the niche areas within it (including CIS mortgages), we will be able to show you which banks, building societies and specialist lenders have mortgage products that will meet your needs, with reasonable interest rates and terms, without the need for a number of individual enquiries, or stress on your credit history.

Any CIS worker should be able to obtain a mortgage without too much difficulty. The markets are more flexible now than they were ten years ago, and multiple lenders and mortgage deals are available to meet the varying needs of the modern workforce. Our expert mortgage advisers at The Mortgage Centres are intimately familiar with the market, know lenders’ practices, criteria and products inside out, and have access to specialist lenders and exclusive rates that you will not find advertised on the high street.

As well as finding the right mortgage deal for a CIS worker, we will also be able to help you with your application and give you specialist advice on your individual circumstances. Just get in touch today to arrange a free initial consultation and a no-obligation quote.

You should ideally have at least 10%, but you may find some deals where 5% is possible, depending on the lender. A larger deposit will enable you to access more favourable interest rates.

Mortgages for CIS workers are already quite a niche market, and not all lenders will offer them. If, on top of this, you have a bad credit history then you might find that the options for which lenders you can talk to is further reduced and you face a challenging situation to find the mortgage you need.

However, our team at The Mortgage Centres are well-versed in which specialist lenders to talk to in all kinds of circumstances, and have access to those that could be able to offer mortgages to CIS workers with a poor credit history. These lenders take each case on its own merit and will consider your current situation as well as the gross amount that show on your payslips.

Fill out your details and we will contact you